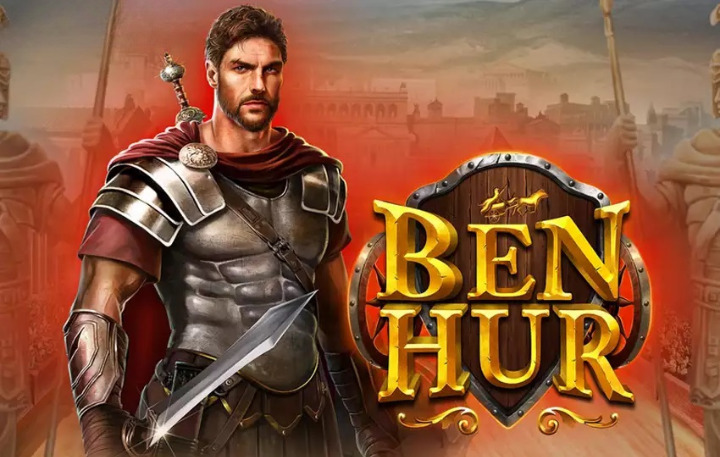 Ben Hur is a branded slot machine based on the 2016 film of the same name (the original was released in 1959). Ainsworth is the name of the developer behind this new slot, and it’s a name that many will recognise, especially if they prefer to play in land-based casinos, where they’ve made a name for themselves. These days, they’re also releasing online versions of their slots, and this is one of them.

You’re playing on a conventional 5×3 reel configuration with a total of 20 paylines. Although the Ben Hur slot’s potential is modest (only 125x the stake for a typical round), I believe that many players will be unconcerned because to its low volatility and 96.34 percent RTP. It has the potential to be an entertaining game to play, especially when you consider the features, which include a wild, many scatters, and free spins.

It appears to be a little more expensive to begin with than the standard slot, but it is also not as dangerous as the others. The smallest bet is $1, with $0.05 coins being supplied to each line. On the other hand, wagers of up to $50 per spin are available.

The best paying combination is 6.25x the stake, and that’s only if you can achieve a  covered in wilds. If you do the same for all lines, you might win 125 times your investment in a single spin. It’s likely that you’ll be able to claim more during the free spins, but there’s no mention of a cap.

Even if the payouts are minimal, the volatility is also low, so everything works out. The RTP of 96.34 percent is very impressive.

The Wild is a high-paying symbol that can also be used as a substitute. It can help new combinations form, but it won’t trigger any other features (it doesn’t replace scatters).

The Gold Coin is another feature symbol that might appear during regular spins. These can pay for themselves if they show up to 5 times on the reels, with payouts of up to 50 times the wager.

You can activate a Battle Feature by collecting 3 or more Gold Coins. You get to choose from six different free spins options. You can get anywhere from 10 to 14 free spins, and each variety features a unique premium symbol that appears stacked and thus has a higher chance of paying out. The sixth option is a random one, which awards 9 to 19 free spins to the player.

In this mode, there is an additional scatter on the reels, a Money Bag, which awards a surprise payout ranging from 4x to 100x the stake. Additional free spins can be obtained by landing +1, +2, or +3 scatter symbols.

We see the main figure who resembles the actor from the 2016 release, as well as a number of other Roman emblems, in the movie Ben Hur (chariot, sail ship, shield, helmet). On the reels, there will also be Gold Coins and Wild Shields.

The Ben Hur slot machine appears to be a good choice for a beginner who wants to take as little risk as possible while still having a good time. That will be ensured by the characteristics, as well as the minimal volatility.