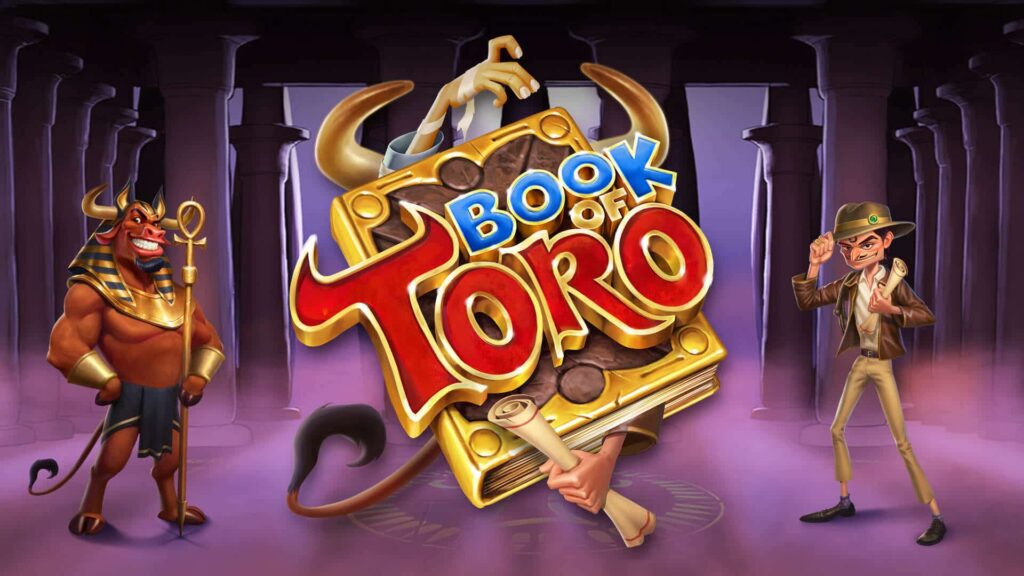 ELK Studios appears to be extending the Wild Toro series in a big manner, and they’re adding a handful of new games to it after launching two slot machines in the series. Book of Toro is one of them, and it combines the iconic bullfighting theme with the Book mechanism, which has already been seen in a number of games. It’s still an Ancient Egypt-themed game in the end, with the matador playing the role of the adventurer.

The Book of Toro slot machine will have 5×3 reels and 10 paylines. It features a maximum payout of 10,000x the stake and a medium-high volatility, however the RTP is just 95%. The wild/scatter Book, as well as free spins with unusual expanding symbols, are all major elements.

The smallest wager will cost you only $0.20, while the most expensive stake will cost you $100. These bets always employ 100 coins; therefore, the denomination is the only variable.

While the higher risk is to be expected given the medium-high volatility, I was hoping for a much better RTP than what we’re getting (95 percent).

Inside, the bull acts as a trigger for wild respins when it lands on the fifth reel. Toro will begin marching to the left, and each of his movements will reward you with a respin. During respins, the wilds will remain, increasing the chances of reaching the free spins.

What might happen here is that the Mummy can emerge on the reels while Toro is spinning, giving you a new mechanic. Toro Goes Wild is the title of the episode, and it features Toro traveling to Mummies and replacing them with wilds.

When a minimum of two Mummy symbols appear on the reels at the same moment, Mummy Respins will be triggered. When this happens, the Mummies will become sticky, resulting in respins and the addition of more rounds.

Regular wilds will appear, and they will also act as scatters, just like they do in every other Book slot. When they appear 3 to 5 times on the reels, they not only act as substitutes, but they also trigger up to 20 free spins. You obtain a standard symbol that transforms into a special symbol with the capacity to extend across the reels. If you can get them on three or more reels, they pay on all lines.

If you retrigger the feature, you’ll get more expanding symbols. You can only have three of these symbols with special abilities at a time.

It’s a nice combination of the bullfighting theme and the Ancient Egypt theme. On the reels, we see the matador and the bull, as well as the wild/scatter Book, mummies, the Eye of Ra, Horus, scarabs, and the Royals.

Book of Toro may be one of many Book-style slots available, but ELK Studios made care to include several benefits and added features that make it worthwhile to play. The 95 percent RTP, on the other hand, may deter some players.