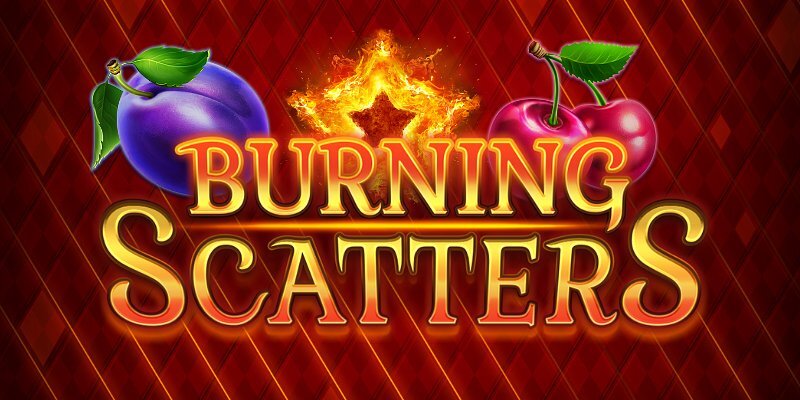 Burning Scatters will be released by Stakelogic soon, and it appears to be a slot machine aimed at gamers who like a more traditional version of these games. It’ll be the type of easy slot that some will appreciate due to its fruit style design on 5 reels, the minimal number of lines, and the few extras that are utilised. But it isn’t going to be for everyone.

In Burning Scatters, you’ll be playing on 5×3 reels with 5 active lines. The top payouts aren’t really amazing, only reaching 1,000x the stake at most, but at least the RTP is fair (95.81 percent ). There will be scatters in play, as well as a Super Stake option that alters the experience slightly, but this slot has very few features.

Because you’re seeking to cover five active lines, your wagers in Burning Scatters will start at $0.05 ($0.01 per line). It is possible to increase the total wager up to $500, at which time you would transfer $100 to each line.

If you choose the Super Stake option, your bets can be doubled (more on how it works below).

The biggest payout in Burning Scatters is restricted at 1,000x the stake. Up to $500,000 will be given based on the wagers authorized there (only if you can afford to use the maximum bet).

While an RTP of 95.81 percent isn’t bad, the vast majority of slot machines on the market right now will be able to achieve better (even if it’s merely part of a range with lower and higher values).

Features of the Burning Scatters Slot

First and foremost, consider the Super Stake. This additional bet will double the amount spent per spin, bringing the total to anywhere between $0.10 to $1,000. In return, the game will add high-value stacked symbols to the reels, increasing the chances of big wins. This feature appears on average once every 59 spins, so while the odds are in your favor, there is no assurance.

The Burning Star scatter symbol is an additional feature symbol. With only one symbol per reel, you’ll need to get 3 to 5 of these symbols in a row to win a prize of 1x to 25x your stake.

Burning Scatters does not provide any additional features. There are no wilds or free spins in this game, which are two features that are typical in most slots.

Burning Scatters is a game that I wouldn’t expect much from. The fruit motif is a classic that you’re probably already familiar with. There will be modern graphics, rather than a 90s icon, but the fruits will remain the regular ones.

It all starts with cheap plums, followed by oranges, lemons, and cherries (these four all pay the same, up to 40x the stake for a combo). The next two symbols are grapes and bells, which each pay up to 100x the stake. The Seven is the highest-paying symbol, with combos paying 1,000 times the bet. Aside from that, there is a scatter of a Burning Star.

Burning Scatters isn’t particularly impressive, but it might still work as a slot machine for gamers who want less features.