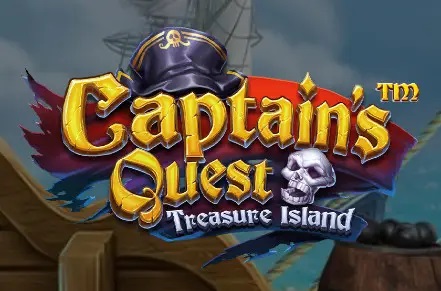 There are several options available if you enjoy playing slot machines with a pirate theme. However, I still suggest playing Captain’s Quest Treasure Island because Betsoft has established quite a name for itself. It should have amazing graphics along with a variety of intriguing extra features, as that seems to be the formula Betsoft sticks to consistently.

There are just 10 active lines in Captain’s Quest: Treasure Island’s standard 5×3 reel configuration. Even with that constrained design, the maximum payout for a slot machine today is still amazing at 25,280 times the bet.

Watch out for the game’s nudge wild reels or the free spins with Treasure Reel multipliers; all of these features can significantly affect your bankroll.

Given that the betting range only extends from $0.20 to $15, it is not the widest available.

Captain’s Quest: Treasure Island is the kind of slot machine that has the power to alter a player’s life, and it appears that spinning its reels can result in payouts of up to 25,280 times the round’s wager. Given that the 10 paylines only deliver up to 100x the wager during paid spins, I would anticipate that much only once the special features are in use.

The stacked Captain Wild symbol is one of the main special feature symbols present in this game. It can already be a good replacement, but there is the potential for it to come up with its own combinations, in which case each line might pay up to 10 times the initial bet.

The game will nudge the Captain Wild into position if it is just partially visible, giving you a fully wild reel.

The same Captain Wild, which must appear on at least three reels, is your ticket to the free spins.

The triggering wilds are changed into Treasure Reels with 2x multipliers as the starting point for the ensuing 10 free spins. The multiplier of that column is increased by 1x when more wilds emerge on Treasure Reels. The wins can really stack up when you have three or more wild reels and multipliers.

It’s a slot machine with a pirate theme, which is not at all rare. Excellent graphics are to be anticipated from a developer like Betsoft, as they are really good. There are 9 different emblems used in total, including Captain Wild here. In addition to looking glasses, parrots, a ship’s wheel, and a treasure chest, the other 8 display pictures of four coins with the images of the card suits on them.

The player in Captain’s Quest: Treasure Island receives a sizable top jackpot to spur him on, but it comes with a lot of instability. You can only get paid well during free spins because the base game is dismal in that aspect. Overall, I enjoy the slot machine; it is an authentic BetSoft slot, has nice graphics, and has some interesting bonus features.