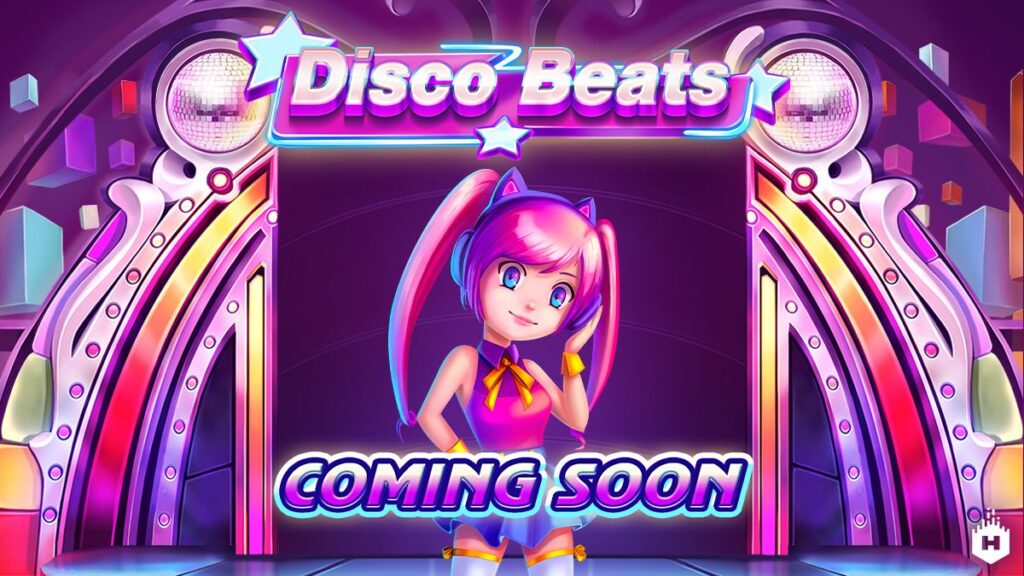 Disco Beats is a Habanero slot that only briefly mentions the disco era. Despite the fact that the appearance is inspired by the twentieth century, it appeals to the modern gamer. There’s a girl sitting next to the reels who appears to be drawn in an Anime manner, which was uncommon in the 1980s.

In Disco Beats, you’ll find 3×3 reels as well as 27 chances to win, allowing you to construct winning combinations. This game offers wilds, scatters, and a Jackpot Wheel as some of its main features. With minimal volatility, top prizes of up to 1,277x the stake are possible, with an RTP of 96.74 percent.

You can play for as little as $0.09 on your next spin. You could also go up to $1,800 with the wager, but you’d have to raise both the quantity of coins and their value.

The slot’s greatest prize is the Grand Jackpot, which is triggered by spinning the Jackpot Wheel (10,000 coins, or about 1,111x the stake). The Major, Minor, and Mini Jackpots are the other three fixed jackpots that can be won this way.

Of course, when all 27 ways/active lines are covered by Heart Wilds, you have a possibility of producing winning combos worth up to 600x your bet.

In the end, the biggest prize in Disco Beats looks to be limited at 1,277 times the stake. It isn’t particularly high, but given the low volatility, I believe it is sufficient. The greatest RTP value is 96.74 percent, however operators can also choose from lower alternatives.

The wild, which is one of the main feature symbols in Disco Beats, will take on a job that is always assigned to it. You’ll be able to combine it with regulars, and if the prerequisites are completed, more wins will appear (2 matching regulars and 1 wild, or 1 regular and 2 wilds). You can also have three wilds on the same line while forming a combo, which pays 200 coins each time.

The Jackpot Wheel, which has 11 spokes, is another notable feature. The fixed jackpots are delivered by four of the spokes, while the remaining places can bring scatters or fixed rewards (up to 88x). The Lightning Bolt scatter must appear on all three reels (precise locations do not important) in order to gain access to the Wheel.

You’ll get three spins on the Wheel, which means you’ll get the same number of rewards. If you also acquire the Lightning Bolt from the wheel, you’ll earn an extra three spins.

The slot machine’s design has a classic feel to it, but it isn’t complete. According to the tiny female sitting next to the reels, there is also an Anime-inspired element to it. It’s a contemporary design, to be sure, and the link to the disco period isn’t as strong as you might think.

The choice of icons isn’t surprising given that it’s a music-themed slot machine with a throwback atmosphere. Three symbols with musical notes in purple, blue, and gold, as well as images of vinyl records, disco balls, wilds, and scatters, are on display.

Disco Beats is a slot with a classic setup and additional ways to win. It pays fairly well, especially considering its lower volatility rating than most. It also includes sufficient modern features as well as a good design.