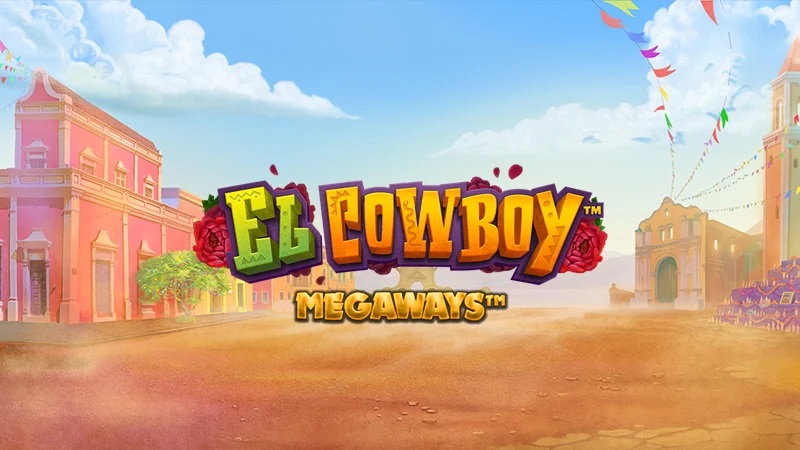 El Cowboy Megaways’ reels provide a representation of Mexico’s own Wild West. The Megaways engine in particular deserves note, especially given that there appears to be considerable potential for its luckiest players, in addition to the vibrant aesthetics and the Day of the Dead influence that can be seen in many of its symbols.

El Cowboy Megaways has 6 reels and 117,649 possible winning combinations because to its random symbol placement. With an impressive RTP of 96.21 percent, it is both very unpredictable and has a top prize of 50,000 times the initial wager. Scatters, free spins, a progressive multiplier, and multiplier wilds are some of the slot’s features.

El Cowboy Megaways’ standard wager starts at $0.20 and can reach $100 every round.

They add that the slot machine’s maximum payout is 1,000,000 coins, which translates to a potential return of 50,000 times the initial bet. Even in the Megaways category, it’s a really good award.

I’m happy with the 96.21 percent RTP indicated above, however the extreme volatility is usually a drawback with these games.

Each of the 6 reels can have 2 to 7 symbols thanks to the Megaways engine, and when they are fully activated, you have 117,649 ways to win. At the top of reels 2 through 5, there is an additional horizontal reel. After forming combinations, cascading reels will start to spin, replacing the winning symbols with new ones.

When four to six scatter symbols appear anywhere in the game area, you are eligible for five to ten free spins. All wins are initially subject to a 2x multiplier; however, with each victory, the value increases by 1. The multiplier can reach astonishing numbers when cascades are added. Retriggering the function requires four or more additional scatters.

In addition to serving as a substitute during the bonus rounds, the multiplier wild symbol also increases the payouts from ordinary combinations.

El Cowboy Megaways is influenced by both Mexican culture’s Day of the Dead and the Wild West. On the reels, you can see all the typical bandits, but their features have been painted to resemble skulls. There are emblems featuring cigar cutters, pistols, knuckle dusters, cigars, and tequila bottles in addition to the five highest-paying characters.

El Cowboy Megaways has a fantastic visual style and will play differently from the majority of games of its genre. It’s also nice that this Megaways slot can pay more generously than many others powered by the same engine. El cowboy Megaways may be a nice choice overall for a player seeking a retro-style theme and low volatility, but there are many other possibilities of that kind that provide higher RTP percentages. Overall, I enjoy the slot machine; it has nice graphics, and has some interesting bonus features. If you can locate it with the RTP set to the highest setting, it is definitely worth playing (96.21 percent) and gives about 50,000 times the jackpot per game.