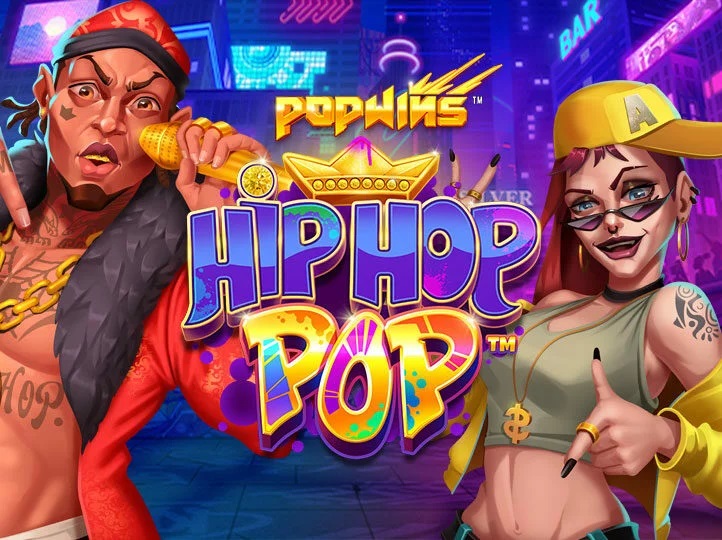 The most recent slot machine that AvatarUX is releasing with Yggdrasil Gaming’s assistance is called HipHopPop. In this instance, they chose a design that was influenced by music, and they made the game specifically for the hip-hop genre. It’s still a PopWins slot, same like their other titles, but they get enough use out of this mechanism, and gamers seem to like it.

Initially, there are 486 ways to win (pay both ways) on a 5-reel layout. It might grow to 5×9 reels and 118,098 ways to win during free spins with the PopWins. It also has a number of modifiers, like multipliers, synchronised reels, and guaranteed wilds. HipHopPop’s RTP is 96.05%, and despite its extreme volatility, it has the potential to pay out a reward of 50,000 times the amount wagered.

The smallest wager you may make for your upcoming spin is merely $0.20. The maximum setting permits a $40 wager.

It is merely one of the many high volatility slots available right now, but there aren’t many with jackpots of 50,000x like those found in HipHopPop. You can reach that ultimate prize with the aid of the features and the PopWins mechanism. The Return To Player (RTP) will reach a maximum of 96.05%.

All winning symbols that are a component of combos will be included in the PopWins, one of the key gameplay concepts. They all change into two symbols, expanding the reel’s places and the amount of winning combinations. The PopWins continue if new wins emerge at that point. During ordinary spins, you can only have a maximum of 5×6 reels, and during free spins, a maximum of 5×9.

During paid spins, the free spins feature is activated when all reels are six symbols high. Initially, they feature 5×6 reels, but they can go up to 5×9. Inside are synchronized reels, which allow identical symbols to appear in two neighboring columns. The multiplier starts out at 2x, but it increases by 1x with each victory.

The Skull Wild can be used as a stand-in, however it only appears during free spins.

Hip-hop culture appears to have served as the inspiration for HipHopPop, as evidenced by the appropriate symbols that are present on its reels. There are pictures of spray paint, sneakers, a boom box, four hip-hop artists, and Royals that resemble musical notes.

The 50,000x top jackpot on the HipHopPop slot machine will finally make some very lucky players quite wealthy. It also boasts a great design and the ideal combination of powerful features. This slot is an excellent choice for a player seeking a classic styled aesthetic and low volatility.