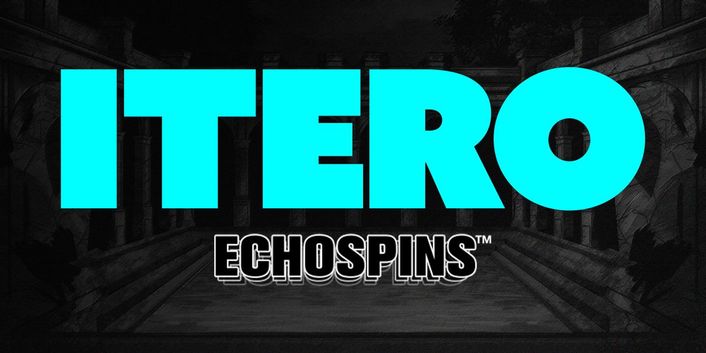 To paraphrase Nietzsche, would it be a blessing or a misfortune to be given the opportunity to live your life over and over again, in exactly the same way, down to the tiniest detail, for all eternity? According to one view, people who answer yes have accepted and owned their lives, good, terrible, and ugly. ‘How well disposed would you have to become to yourself and to life to seek nothing more fiercely than this ultimate immortal affirmation and seal,’ as the German philosopher put it? When Hacksaw Gaming created Itero, a game that lets players replay a part of the past using a new feature called EchoSpins – accessible in the base game and two bonus rounds – they may have been thinking of this or something similar.

Now for some figures, starting with RTP, which is customizable and can reach 96.18 percent when playing in standard mode. If you have bonus buys available, the figure will alter, as you’ll see further down. Hacksaw’s volatility is high as usual, with the studio giving it a 5 out of 5 rating, implying sessions that dip and fall as dramatically as any other.

With a success rate of 29.38 percent and wins occurring when matching symbols land left to right from the rightmost side on any of the 20 paylines, the game is playable from 10p to £/€100 per spin. The low pays are Roman fonted 10-A symbols, paid 1-2x the stake for five of a kind, while the highs are five busts, valued 4-10x the stake for a line of five. Three-headed dog wilds can appear on any reel to replace regular wins, and five wilds on a payline pay out 10 times the stake.

EchoSpins, a new respin mechanism from Hacksaw, makes its debut in tero. This can happen in either the regular game or one of the bonus games, Wrath of Jupiter or Gift from the Gods.

The original triggering spin is repeated in EchoSpins, which is a type of respin. EchoSpins are granted when a Hand of Jupiter symbol appears on at least one winning payline. The number 1 to 8 shown by the Hand of Jupiter symbol corresponds to the number of won EchoSpins. There’s one more thing to mention: There are two sorts of Multiplier symbols that might appear on the reels. These are x2, x3, x4, x5, or x10 Additive Multipliers, as well as x2 or x3 Multiplicative Multipliers.

When exactly three scatter symbols are visible, this bonus is delivered. There’s a stronger possibility of hitting Hand of Jupiter symbols throughout the feature, which means more EchoSpins and bigger multipliers. At the end of an EchoSpins sequence, the win multiplier is reset.

Any multiplier symbol that lands during this bonus, which is triggered when four scatter symbols appear, is saved by the total win multiplier. The accumulated multiplier is used to repeat wins the following time EchoSpins are activated. The win multiplier resets after an EchoSpins sequence is completed.

Itero, a Latin term that means ‘to repeat,’ has a philosophical air about it when it loads. The game features a black hue comparable to Hand of Anubis, although the feel is considerably different from the other’s heavy Egyptian afterlife vibe. Itero is more introspective, with a flowing piano-led backdrop that would be great for a montage film of modern life scenes.

Statues appear as symbols on the 5×4 game grid, with splashes of brilliant neon colour scattered throughout, breaking up what might have been an unduly sombre ambiance otherwise.

Itero is a one-of-a-kind experience, from its name to its focus on classical cultural icons. It is an interesting game for lovers of adventure with awesome RTP.