John Hunter and the Book of Tut Respin slot Review

John Hunter and the Book of Tut Respin slot Review 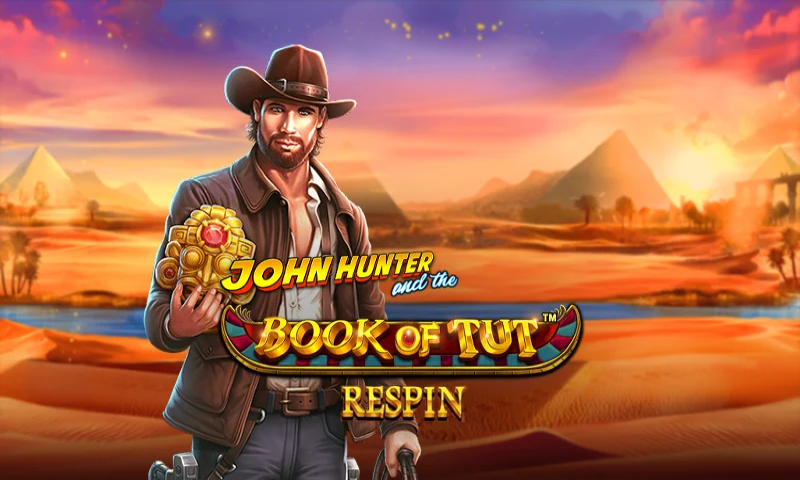 If anyone has experienced several of the world’s Ancient Civilizations on the reels, it is John Hunter from Pragmatic Play. The exotic locations are all interesting, but he appears to prefer the warm plains of ancient Egypt the best. He’s returning to John Hunter and the Book of Tut Respins, nevertheless, for another go. If you are familiar with John Hunter’s adventures, you are aware that he was a part of a previous film called John Hunter and the Book of Tut. Players may therefore anticipate seeing a lot of what was included in the prior slot, with the addition of a Respins mechanism and the ensuing adjustments Pragmatic Play had to make to accommodate the feature.

On tablets, desktop computers, and mobile devices, the player can take a virtual vacation to Ancient Egypt and place bets ranging from 10p to £/€100 each spin. Max RTP tops the scales at 96.5%, like it did before, although it can also be found at lesser settings like 95.5% or 94.5%. As before, John Hunter and the Book of Tut Respins has high volatility (5 out of 5), and despite a little mechanical change, its structure is rather standard: it is played on a 5-reel, 3-row matrix with 10 paylines for lining up winning combos.

The Respins element is the novel aspect of John Hunter and the Book of Tut Respins. Both the regular game and the bonus game offer it. In the main game, one pay symbol is chosen at random after each spin to serve as the mystery symbol. If there are three Mystery Symbols on different reels, they grow to fill the entire reel after any regular payline win has been given. The other reels then begin to spin while they are fixed in place. More Mystery Symbols will cause them to enlarge, lock, and respin if they land on more reels. When no more Mystery Symbols appear or when they fill all five reels, the game is over and the winnings can be assessed. All lines are paid for expanded symbols.

The book is the other symbol seen on the reels. As the wild and scatter symbols, books can be used in place of any other symbol. Players receive 10 free spins and a payout of 2, 20, or 200 times their original wager when 3, 4, or 5 scatters appear in view, respectively. One pay sign is chosen at random to serve as the Mystery Symbol just before the start of the free spins.

This slot machine has an adventure theme, and the protagonist, John Hunter, is in Egypt researching the temples and pyramids that the region’s ancient civilisation has left behind. They selected a variety of imagery for the reels, including John Hunter himself, scarabs, golden cats, pharaohs, and the Royals (10 to A) in Egyptian style. The scatter symbol is a book.

Fair enough, the Book of Tut Respins slot by John Hunter has a unique touch. It is, in fact, a variation on a vast and expanding list of “Book of” slots.