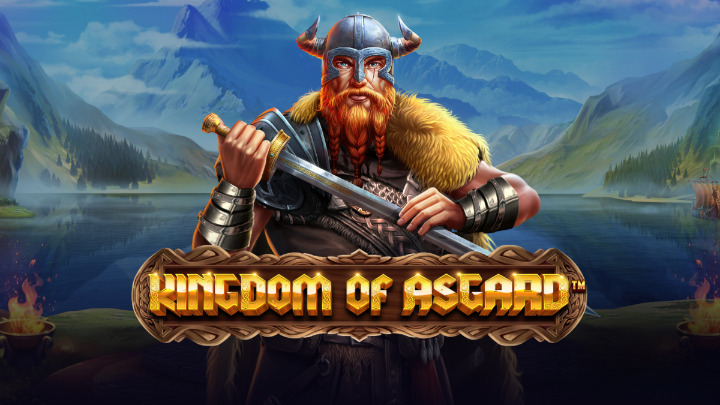 The Kingdom of Asgard slot machine, developed by Pragmatic Play, is set in the mythical home of the Nordic gods, Asgard, which has been popularized in various movies and games. In this game, players can experience the unique features and themes inspired by the legendary location. Keep reading to learn more about the special aspects of this game.

The Kingdom of Asgard slot machine features a standard 5×3 reel layout with a total of 20 paylines, providing players with numerous chances to win. With a potential maximum payout of 5,000x and a medium level of volatility, as well as a generous return-to-player percentage of 96.54%, this game offers an exciting and potentially rewarding gaming experience. In addition, players will encounter various special features, including wild symbols, scatter symbols featuring Odin, and collectible money symbols, adding extra excitement and potential wins to the game.

When getting started with Kingdom of Asgard, you may need to spend a small amount, such as $0.20. The maximum bet allowed is $100. This game has the potential to pay out up to 5,000 times the bet, or up to $500,000. It has a medium level of volatility and a decent return to player (RTP) rate, which may range from 96.54% according to Pragmatic Play. Overall, the payouts offered by Kingdom of Asgard seem to be satisfactory.

Of some use to the player will be the wild symbol, but it’s not as powerful as we’ve seen in other slots. It lands on reels 2-5, which means that it will not be able to form its own combinations. However, it’s useful as a replacement for other symbols.

The middle reels are going to be home to the bonus symbol, which shows us a golden Odin. It’s a scatter, and having all three symbols present will trigger 8 free spins. You retrigger the feature after every four Collect symbols that land, and then a multiplier will get a boost when applied to Money symbols.

The Kingdom of Asgard is designed with a Nordic theme, and its main symbols are Viking warriors and maidens. In addition to the four characters occupying the premium positions, there are also four lower symbols featuring a helmet, shields, an axe, and a drinking horn.

“The Kingdom of Asgard slot machine, made by Pragmatic Play, is a decent choice for free play. It may not offer anything particularly unique compared to other Pragmatic Play games, but its theme and features make it a reliable choice overall.”