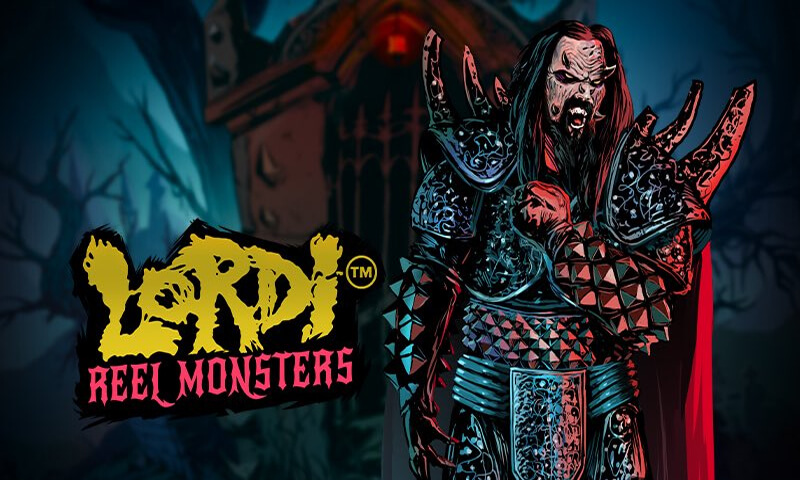 Play n GO has already released a slew of branded rock-themed slots, and they appear to be sticking with it. Lordi: Reel Monsters will be their most recent game. This time, they got a licence from Lordi, a Finnish metal band, and they’re providing us a design that’s based on their music.

Lordi Reel Monsters features 7×7 reels on which you must build clusters of symbols in order to win. If you’re lucky, this slot machine will pay you a decent amount, up to 4,000 times your investment. It’s predicted to pay back on average 96.20 percent of what’s wagered if you obtain it at the proper RTP level. The game’s main features will be a charge-up mechanic and free spins.

With a minimum bet of $0.10, you can get the seven reels to spin for you. There is a high-enough maximum bet of $100, which a high roller would find appealing.

Lordi Reel Monsters has average payouts, with the luckiest spins paying up to 4,000x the round’s wager. However, because it’s a slot with average volatility, the returns are commensurate with the risk you’re incurring.

RTPs of up to 96.20 percent are available, yet it should be noted that the developer also offers lesser RTPs. It’s a good idea to look through the help files to ensure you’re getting the greatest odds possible.

Lordi Reel Monsters is a Cluster Pays game with 49 symbols on 7×7 reels. You must get a minimum of 5 symbols of the same type positioned next to each other to win (connections made horizontally or vertically).

Cascading reels will appear after you’ve generated at least one cluster of symbols, removing winning symbols and replacing them with new ones in empty spaces. New wins can form, you’ll be paid again, and the cascading reels will continue to spin.

The Skull Wilds, symbols that work as substitutes in any cluster if they land next to at least one of its symbols, may provide some assistance while building clusters.

As you construct winning clusters, you’ll notice that you’re also collecting their symbols in a special metre. When you gather 15 symbols, you’ll get a Monster modifier, and when you reach 40, you’ll get free spins. All of this must happen in a single round, even if it takes numerous cascades to fill the metre with all of those symbols.

Each of the five characters will have a modification that can be activated through the metre. Lordi is a big one, with up to eight wilds. Hella will remove a vast number of symbols off the reels, leaving only a few (wilds and some regulars). Amen can upgrade up to five different types of symbols. Hiisi awards you a victory. All instances of one sort of symbol become extra wilds when Mana is used.

Fill up that metre, and you could win a single free spin with one of two different types of features:

Play n GO once again demonstrates that they are not like the majority of developers. They use a branded topic about a rock metal band called Lordi to create a slot machine with a Gothic theme and monsters. The graphics are as good as they’ve always been, and Play n GO doesn’t let you down.

Lordi Reel Monsters appears to be one of Play n GO’s usual excellent slot machines, and it’s also a branded title, so there’s even more incentive to pay attention to it. It’s the latest in a long line of rock band-themed games they’ve been working on over the past few years.