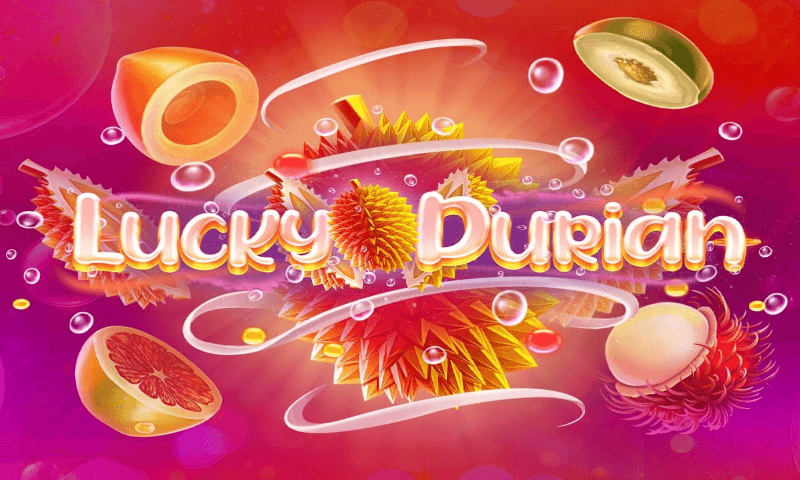 In 2022, Habanero will release its first slot machine, Lucky Durian, which will transport us to Asia and showcase some of the region’s most magnificent fruits. The star of the show is the Durian fruit, with its world-famous stench. Overall, it’s not your average fruit-themed game, and it’s filled with brilliant colors.

In Lucky Durian, you’ll find 5×3 reels and 15 active lines that can pay both ways. It’s a slot machine with expanding wilds and re-spins as well as other bonus features. The player’s focus will be on the highest reward of 4,375x the stake, which is for a game with an RTP ranging from 92.44 percent to 98.12 percent (the most likely one to look for is 96.77 percent).

You could say that this slot machine is easy to play because it starts at a low enough level and just requires $0.15 at that point. There are even considerably greater bet values available, supposedly up to $3,000 every spin.

Given that Lucky Durian is classified as a game with extremely high volatility, I can’t say that the top jackpot reported in its case impresses me. For a slot like this, the stake is only 4,375x.

Operators can choose from four distinct RTP values, with the one at 96.77 percent being the most likely to be useful and available. It’s also available with RTPs of 92.44 percent, 94.04 percent, and 98.12 percent (I doubt any operator will choose to offer it though).

Features of the Lucky Durian Slot

The expansion of Lucky Durian’s wild would be a big feature. It employs the image of a durian fruit, and if additional winning combinations are formed, it will take over a full reel. It’s not a remarkable feature when used as a substitute, but it’s a good long-term solution. It will, if possible, form winning combos on its own, and it pays far more than the conventional symbols (500x vs 125x from the top symbol).

Lucky Durian is incredibly bright, with vibrant colors used throughout. Its theme is based on tropical fruits. Watching the brilliant red of the background almost hurts the eyes. It’s colorful, which could be beneficial in a game like this. Don’t be fooled by the fruit theme; this isn’t a classic.

For Lucky Durian’s major symbols, a variety of tropical fruits have been chosen. Images of Yellow Coconut, Ambarella, Pomelo, Rambutan, Java Plums, and the Durian fruit, which will be employed as a wild, will be found on its reels in no particular order.

Lucky Durian has a good combination of extra features, but not enough to keep you occupied. It’ll be a fun option for many because of the high-quality graphics and a large enough RTP.