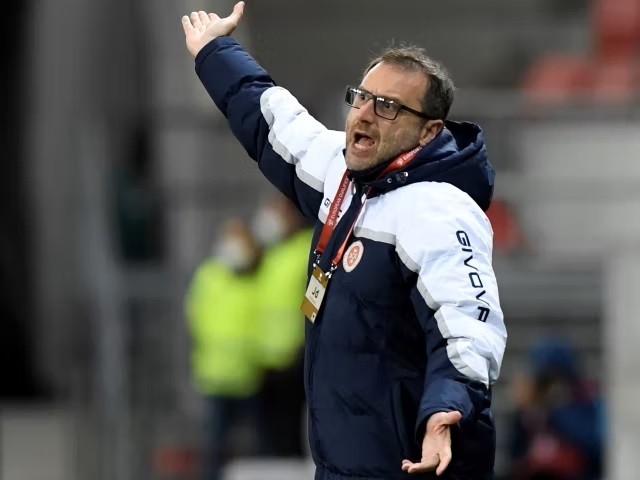 At the National Stadium in Ta’ Qali on Thursday, Malta and Greece are set to play their penultimate international friendly of 2022.

Since neither country advanced to the 2022 World Cup finals, they are already stepping up their preparations for the upcoming Euro 2024 qualification round.

Malta vs Greece Tips and Prediction

This month marks the start of a new era for the Malta national team as Devis Mangia’s three-year reign as manager ended with the conclusion of another unsuccessful UEFA Nations League campaign in League D.

Gilbert Agius, the former Under-21 manager, will now take the helm on an interim basis as the Falcons turn to one of their on-field legends to work his magic on the sidelines. Gilbert Agius is third on Malta’s all-time appearance list with 120 caps and is tied for fourth in goals with eight. The fact that Malta has never participated in the World Cup and finished dead bottom in UEFA Group H during the qualifying for the 2022 edition with just five points from ten games against Croatia, Russia, Slovenia, Slovakia, and Cyprus will not come as a surprise.

The 168th-ranked country in the world finished second in the three-team League D Group 2, with Estonia gaining promotion to League C at their expense. They only managed two victories over the helpless San Marino.

Malta has enjoyed its friendlies in 2022, though, as the Falcons defeated Azerbaijan and Kuwait before defeating Israel by a score of 2-1 in September. However, Greece are a very different animal altogether.

Greece’s World Cup qualifying campaign ended in failure because the 2004 European champions could only finish third in Group B, ahead of Georgia and Kosovo as was expected, but behind Sweden and Spain.

After also missing out on a spot in Russia four years ago, Greece has now missed qualifying for the World Cup twice in a row. However, Gus Poyet has inspired a stellar run of results since taking over in February, and his team has finally advanced out of League C in the Nations League at the third attempt.

Greece’s only loss in the 2022–23 competition was a 1-0 loss to Cyprus; otherwise, they picked up five victories over Kosovo, Northern Ireland, and the Mediterranean country to get promoted to League B while only giving up two goals.

Greece has a reputation for having a strong defense under Poyet, and his team has only allowed three goals in the entire 2022 season. However, Greece faces a difficult qualifying group for Euro 2024 next year with France, the Netherlands, the Republic of Ireland, and Gibraltar.

Malta and Greece have faced off ten times in Euro qualifying, with the Pirate Ship winning seven of those games, including each of their last four. However, the two countries’ most recent meeting took place in 2011.

Even if Poyet is without the majority of his first-choice backline, any new manager bounce that Malta experiences this week against an in-form Greece team is unlikely to have much of an impact.

The visitors’ roster lacks a reliable international goal scorer—Bakasetas leads the team with just eight goals—but the Pirate Ship should still be far too powerful for Malta in this match.