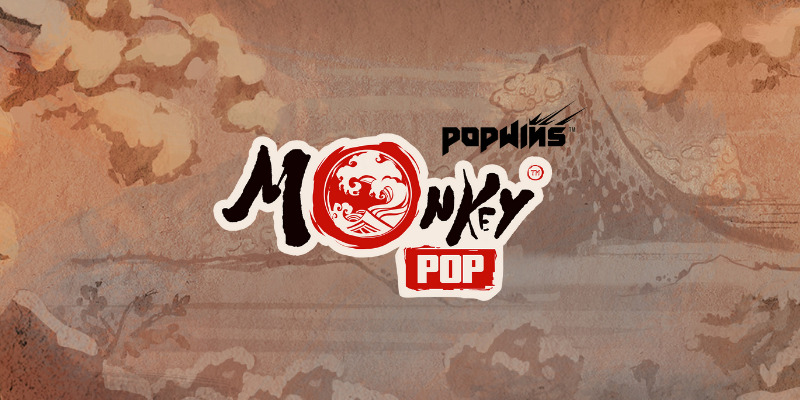 MonkeyPop is one of the many amazing PopWins style slots that AvatarUX has been developing over the last couple of years and will soon be available at Yggdrasil casinos. I like their games in general, and MonkeyPop looks like it could be another good one, especially because it has some humour in addition to those unusual characteristics.

MonkeyPop has 243 ways to win on 5×3 reels, but because it pays both ways, it’s termed a 486-way slot. It could go up to 33,614 ways using the PopWins mechanic. This game has a 96.54 percent RTP and can pay out 5,787 times the stake in its top rounds. The free spins with multipliers, scatters, Reward Reels, and low symbol removals are all noteworthy features.

MonkeyPop’s wagers will begin at just $0.20, which is a very low starting point. They’re accepting bets of up to $100 on the other hand.

Given the enormous amount of ways to win and the multipliers that can help, we’d expect a far higher payoff than the one we’re getting in MonkeyPop. However, 5,787x the stake is still a respectable top payout, especially for a slot with a 96.54 percent RTP.

Features of the MonkeyPop Slot Machine

The PopWins engine, which we’ve seen before in other AvatarUX slots, is a big feature of the game. They’ve made a name for themselves with their engine, which was created to increase the amount of chances to win by expanding the gaming area (up to 7 symbols per reel in this case). For the current round, you might have a maximum of 33,614 active ways (always resets for the next one).

If you can make the full game area active, you will be awarded two free spins with a random multiplier. This also means that some of the lower-value symbols are eliminated from the reels, increasing the chances of higher-value combos developing. For this feature, you begin with a multiplier of up to 3x, and it increases after each round (by up to 2x).

Scatters can be used in a variety of ways. When you collect them, the monkeys on the reels will be upgraded, allowing them to pay up to 10x more.

If three or more scatters appear on the screen at the same moment, you will be awarded free spins. An additional Reward Reel plays to deliver you bigger multipliers or more free spins for the next bonus.

In this mode, you’ll be playing with fewer symbols, as up to five of the low-paying ones will be deleted at random.

MonkeyPop has monkey-themed graphics, which is to be expected given the game’s name. This isn’t the kind of monkey slot where you’re transported to the jungle. It’s essentially a slot machine with visuals inspired by Chinese culture. Painting-style images can be seen both in the backdrop and on the reels.

The lowest-paying icons (10-A) use a range of Chinese characters and Royals, but even those are stylish, as they’re influenced by the country’s calligraphy. There are also five high-value symbols, each depicting a distinct painting of a monkey character. The Bonus Waves are shown by the scatter, and the wild can also occur.

MonkeyPop is visually stunning, but it can also be a lot of fun to play. Its medium volatility makes it suited for a wide range of players, and the aesthetics will let them have a unique experience compared to other AvatarUX games.