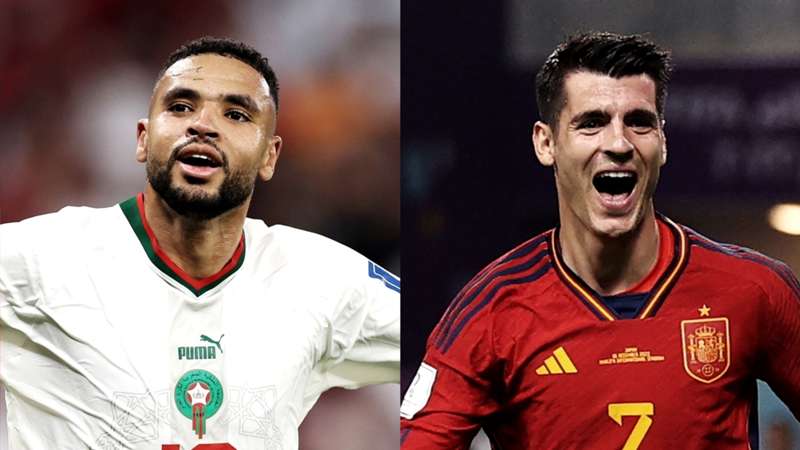 On Tuesday afternoon, the Education City Stadium will host the semifinal match between Morocco and Spain for the World Cup 2022.

Morocco vs Spain Tips and Prediction

Morocco took full advantage of the underwhelming play of Belgium’s golden generation and Croatia, last year’s runners-up, to surprise everyone by finishing first in Group F with seven points out of a possible nine.

Walid Regragui’s team received praise even for their goalless draw with Croatia. They then defeated Belgium and Canada in quick succession to join Senegal as the only other African teams left in the World Cup’s round of 16.

In the fourth minute of their matchday three match against Canada, Hakim Ziyech capitalized on a mistake by Milan Borjan to score a long-range goal, and Youssef En-Nesyri added the finishing touch before a Nayef Aguerd own goal gave the Canadians a slim chance.

Regragui’s team is currently riding the wave of an eight-game unbeaten streak in all competitions, during which they have only given up two goals. They are aiming to become the first Moroccan team to reach the quarterfinals and they may also break African history, as their four-game unbeaten streak at the World Cup is only surpassed by Cameroon’s five between 1982 and 1990.

Alvaro Morata’s goal in the 11th minute against Hajime Moriyasu and his recurring super subs ultimately meant very little, and Luis Enrique didn’t hold back when his team couldn’t hold on to the end against Japan as they lost the game.

Three minutes after the game’s restart, Japan equalized thanks to a long-range shot from Ritsu Doan that Unai Simon allowed to slip through his hands. Then, three minutes later, Ao Tanaka poked home the game’s winning goal after Kaoru Mitoma had barely managed to keep the ball in play.

The question of whether Mitoma had stopped the entire ball from crossing the goal line was hotly debated, but the only statistic that mattered was the score in the top left-hand corner, as Spain fell to second place in Group E and only edged out Germany on goal differential.

Some may view La Roja coming in second place as a blessing in disguise given that they would have faced Croatia in the round of 16, but Enrique is fully aware of how challenging Tuesday’s game will be.

Spain was eliminated from the 2018 World Cup in the round of 16, but they have never experienced consecutive eliminations at this stage of the tournament. Their nine goals in the group stage were a joint-highest total with England.

Four years after their group stage meeting in Russia, where La Roja needed a late Iago Aspas goal to force a draw, Morocco and Spain will square off in the World Cup. An equally close matchup is expected at the Education City Stadium.

If Morocco is to make their first-ever appearance in the quarterfinals, they must make the most of their recent defensive resilience, and Regragui’s attackers should be encouraged by La Roja’s defensive shortcomings against Japan.

If the teams are still tied after 90 minutes, Spain’s depth of attacking options on the bench may prove to be the difference-maker for Enrique’s team. Spain is a true force to be reckoned with in the final third as well when they get going.