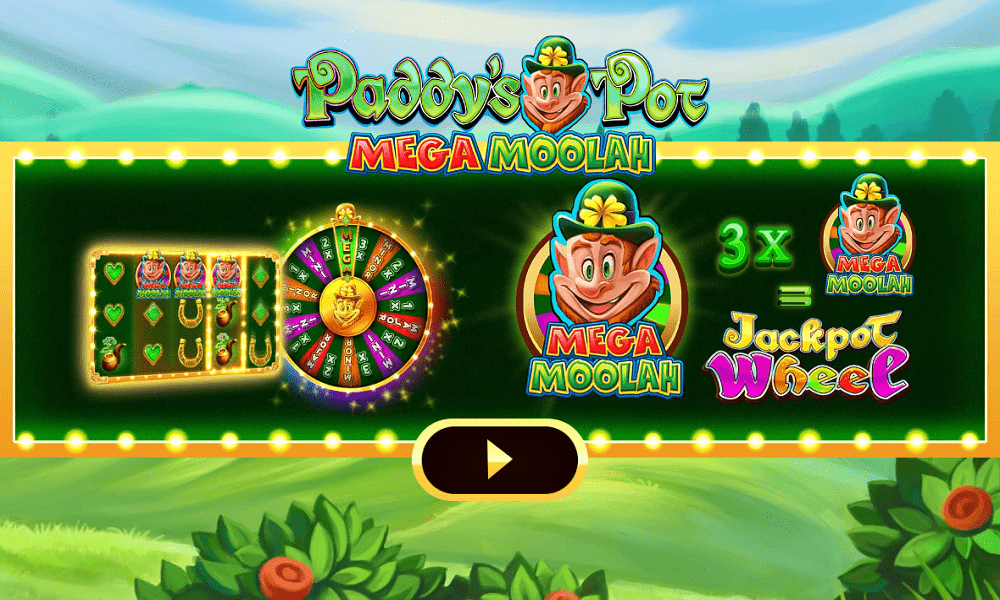 Just For The Win has created a new slot game called Paddy’s Pot Mega Moolah, which features an Irish leprechaun character named Paddy. The goal of the game is to win Paddy’s pot, and there are various interesting features in addition to the opportunity to win a large jackpot.

The slot game has 20 paylines and 5×3 reels. It has the potential for a large jackpot of 612 times the initial bet, as well as the possibility of winning one of the Mega Moolah progressive jackpots which have the potential to make players millionaires. However, the game has a low return to player (RTP) percentage of 92.03%. The main features of the game include wild symbols, respins, free spins, and a bonus round called the Jackpot Wheel.

You can play Paddy’s Pot Mega Moolah for as little as $0.10 per spin, or you can choose to place a larger bet of up to $10. This slot game offers the chance to win a progressive jackpot, which comes in four levels: Mega, Major, Minor, and Mini. The Mega jackpot is worth millions of dollars, while the other levels offer smaller prizes. On its own, Paddy’s Pot Mega Moolah has relatively low payouts, with a maximum of 612x the bet. The return to player (RTP) rate for this game, including the progressive jackpot, is 92.03%, and the volatility is medium.

Wild symbols in this game can provide extra benefits, such as substituting for other symbols and creating their own winning combinations. There are also different variations of wild symbols that may have additional functions. Landing these symbols can be a straightforward way to increase your chances of winning.

You can earn 10 free spins by getting three scatter symbols to land at the same time. During the first 9 spins, wild symbols will appear on the reels and mark positions. The 10th spin will bring all of the wild symbols back to the reels at once.

There is a bonus feature called the Jackpot Wheel which has the potential to award either progressive jackpots or smaller cash prizes when it is spun.

Paddy’s Pot Mega Moolah is a new slot game that has gained popularity because of its progressive jackpot feature. The theme is not unique and the return to player percentage is not high, but the potential for a large top prize makes it an appealing choice for players.