Rise of the Genie Slot Review

Rise of the Genie Slot Review 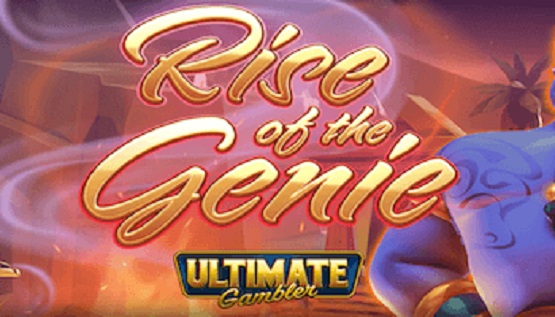 Rise of the Genie isn’t going to be a typical 3-reel slot machine, despite what you might think when it first loads. You’re staring at a genie-themed slot machine, therefore the design is undoubtedly inspired by Arabic culture. There is a great level of quality there, and it appears to be one of the most recent slots available. The ladder-style prize ranges, as well as the various techniques that can be utilized to collect the prizes, will make the experience unique.

The best possible top payoff is 500 times the stake. On 3×3 reels with 5 lines, this is feasible if you reach the top of the prize ladders by following all of the steps without resetting them.

There aren’t many things to mention here, with only a wild on reel 2, so the gameplay is very easy.

The stakes in the Rise of the Genie slot have a total of 20 coins, and you can choose their denomination. As a result, each spin will cost between $0.20 and $20.

The most you can win from it, according to Rise of the Genie, is 500 times your bet.

Depending on the strategy you use, the RTP comes in two kinds. The RTP for the strategy of always collecting the Cash Pot is 95.08 percent. The RTP improves dramatically when you never collect it, reaching 96.46 percent. Which of the two tactics you should employ is self-evident.

Features of the Rise of the Genie Slot

You’re building combos in the same manner you’re doing it everywhere else. You have five lines on three 3×3 reels, and you must match two or three symbols of the same type that land left to right. The ensuing victory can offer you a boost in one of three prize ladders, all of which are indicated on the right side, depending on the type of symbol that participates and the number of times it lands on the line. You can take anywhere from one to four steps at a time.

Flower symbols contribute to the lowest-paying reward ladder, spell books to the second, and magic lamps to the highest-paying prize ladder.

There are two buttons on these ladders that will allow you to cash out as you progress. One of them is Collect, which will give out all of the prizes you’ve earned up to that point while also restarting your progress.

Gather Instant, on the other hand, will collect lesser prizes from all ladders when you reached the top without resetting them. The Centre Ladder is the most lucrative, paying up to 500x the stake.

On the second reel, a Wild logo written in Arabic style will act as a substitute. It can assist in its typical duty of substituting for conventional symbols.

The Evil Genie is the one you really don’t want to see. When it appears, the cash pot and all awards will be reset.

This slot machine’s theme is based on the legend of the genie, who grants wishes in exchange for being freed from a magical lamp. The surrounding artwork, as well as the symbols that appear on the reels, will be influenced by the story’s Arabic origins. Overall, it has a modern design that will be fun.

Symbols can come in a variety of shapes and sizes. Three types of flowers, three spell books, three magic lights, one wild, and the Evil Genie are among the items available.

Overall, I believe that the Rise of the Genie slot can be an acceptable alternative for many gamers, since it is a slot machine unlike any other, and it will demand some technique in how you collect prizes.