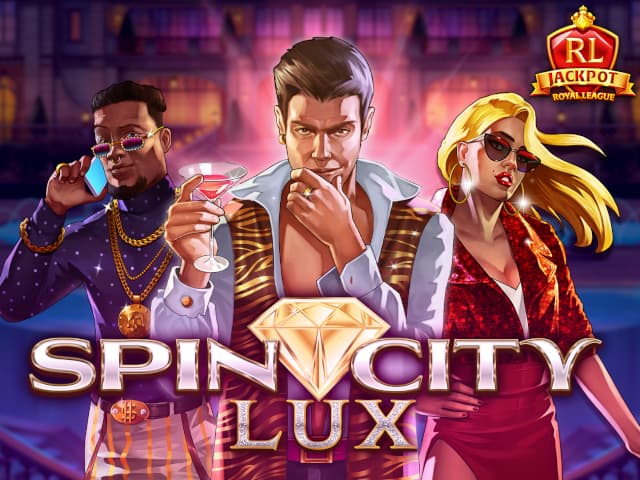 Royal League Spin City Lux is a brand new slot game from Gong Gaming and Microgaming that features luxury and automobiles as its theme. This is one of Microgaming’s games that you should consider since it has beautiful graphics, an above-average RTP, and a slew of other features that you can learn about below.

There’s a 20-line configuration on 5 reels that you’ll come across. The medium volatility, 96.90 percent RTP, and 10,000x top jackpot (up to $250,000 cash) all contribute to it being a fantastic pick for most gamers today. You’ll find plenty of reasons to play, from the Royal League Jackpot to features like wilds, scatters, free spins, and multipliers.

There appear to be a couple of ways to collect a 10,000x prize. One way is to use wilds to take over the reels, another is to use multipliers during the free games, and there’s also the Royal League Jackpot. If your wager was significant enough, Spin City Lux may pay up to $250,000.

Even though the large payouts suggest otherwise, Royal League Spin City Lux is a medium-volatility slot with an RTP of up to 96.90 percent.

The W Wild logo should make it apparent what the player can expect from it. When used as a substitute sign, it can help you win lower amounts. It would be preferable if you could get it to form its wins because you could earn up to 10,000 coins.

Spin City Lux features a few different types of free spins that it can award. Some of them have really high multipliers available. To get that option, you’ll need the Spin City Lux logos to appear scattered on the 1st and 5th reels at the same time. You can choose from five, seven, eight, or twelve free games. You must then choose one of four things to determine the multiplier, which can be 2x, 3x, 5x, or 10x.

More free spins can be obtained by landing new bonus symbols, since each one adds one round to the total.

The Royal League is a random feature that awards fixed jackpots of up to 10,000x. This only happens during paid spins.

There’s also a scatter with the three characters (one of which is a lucky character) that pays out when it lands on the reels (up to 40x the stake).

It’s amazing how beautiful Royal League Spin City Lux can be. You’re looking at a luxury theme, with many of the top symbols being sports automobiles. The Wild logo is gold and diamond-studded, followed by the game logo, representations of three scatter characters, and the regulars. The latter depicts gold, purple, green, or red sports cars, as well as gold bars, jewels, cash, and a roulette wheel.