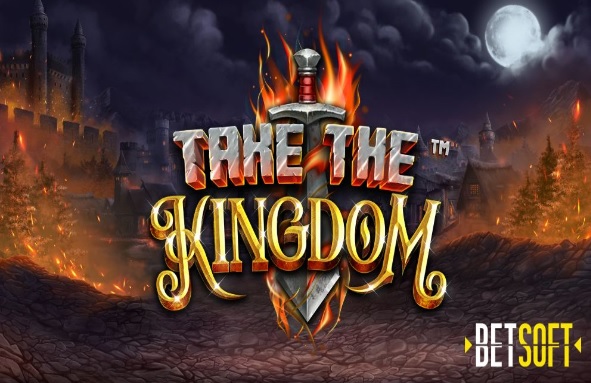 Take The Kingdom, Betsoft’s final slot machine, will be released in 2021 and will have a mixed theme with a Middle Ages background and a heist perspective that should be exciting to watch. We can expect excellent graphics from this developer, as is customary. Hopefully, the features and gameplay will be as captivating.

Take The Kingdom devises a mechanism that allows you to play on five reels with 100 active lines while progressing through seven spins in groups of seven. Fireball Wilds that explode are assured with this technique, and there are also Free Spins with moving wilds. The slot has a 96.53 percent RTP, which means it may pay out 3,640 times your investment after just one spin.

You can begin playing the slot once you’ve chosen your amount, which ranges from $0.25 to $10.

The game has the potential to pay out up to 3,640x your investment, which is a decent return. This game has an above-average RTP of 96.53 percent, which I appreciated seeing (most will have it somewhere around 96 percent).

Take The Kingdom employs a system in which specific features are activated after seven spins, so you proceed through each group of rounds until you reach that threshold, at which time everything resets.

As you spin the reels, the timer with the countdown will go from 7 to 0 one by one. In order for dragon symbols to be turned into Fireballs and become sticky, they must land. Following an explosion in the last round of the series, all of these Fireballs will turn into wilds.

Another option to employ these wilds, which will largely be used as substitutes, is to have up to five of them on the same line. In that instance, they will pay as much as a top regular symbol would.

Although the progression system is intriguing, it is not the only major feature in the Take The Kingdom slot. When three Treasure Chest scatter symbols appear on reels 2-4 at the same time, players will be awarded 12 free spins. If this occurs, the advancement mechanic is temporarily disabled while you enjoy the new feature.

The game will include 6 to 12 Wilds on the reels over the 12 free spins, moving to new locations after each round.

This is a slot machine with fantasy elements, with dragons and knights appearing on the reels. For a game like this, a Middle Ages approach is natural. The design is bleak, implying that there is a conflict between the two sides. With a red dragon embracing the set of 5×5 reels and the stone walls of a castle a little further away, there is fire all around.

The least valuable symbols aren’t as attractive as the more valuable ones, with a jumble of Royals painted on stone sides. We also see four weapon symbols (mace, bow and arrow, axe, and sword) and three characters in addition to the five Royals (knight, princess, king). Dragons transform into Fireball Wilds, and Treasure Chests act as scatters.

Take The Kingdom is yet another intriguing Betsoft title, featuring above-average graphics, a high RTP, and a few unique features.