Under the burning Sky Slot Review

Under the burning Sky Slot Review 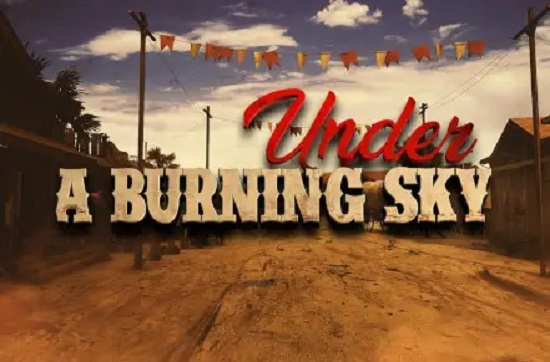 Chorizo Bill is our character in this Wild West adventure from Nemesis Games Studio, and we’re trying to save our girl from the hands of the Indians. This new slot game is called Under a Burning Sky, and it has a basic storyline yet still manages to be entertaining.

Under a Burning Sky has a 5×3 reel layout with 25 active win lines. Each line can pay up to 100 times the risk, and the slot appears to have the potential to pay out 2,500 times the investment (the cap is not mentioned though). The Gun Wild, Sheriff’s Badge scatter, and the standard free spins are among the primary features you’ll find inside.

A single winning combination can award you up to 100 times your stake, or $2,500 in cash. The game classifies it as a Crazy Win, the highest category, therefore it doesn’t appear that the slot has reached its full potential (up to 2,500x the stake, if allowed to pay on all lines).

There have been numerous numbers mentioned in relation to RTP. The RTP is shown as 93.92 percent on the rules page, however the developer claims it to be 98.20 percent. The difference is significant, and I believe that either operator can set their own value, or that the genuine RTP is somewhere in the middle.

Under a Burning Sky Slot Features

Although the complete feature list is quite basic, I don’t mind having it in the game. One such emblem is the wild, which is depicted as a gun. It’s a replacement symbol, but you can only use it with the regulars to make new combinations; it won’t activate any other features. It’s the same one we’ve seen in other slots, so it doesn’t accomplish anything special.

In the case of the wild, it’s worth noting that its own combinations pay out the greatest, up to 100x the stake for five of them on a line (Crazy Win).

The Sheriff Badge, a scatter symbol that can appear once on each of the five reels, is the second important feature symbol. When it appears 3, 4, or 5 times, you’ll be taken to a free spins round with 7, 15, or 22 rounds. This functionality can then be reactivated.

This is a slot machine with a simple Wild West theme, with a variety of characters and a story about Chorizo Bill, who lives in Chorizo Town. The names haven’t been chosen with much inventiveness, yet they work just fine.

We also have photos of the Jack, Queen, King, Ace, Cactus, Pickaxe, Whiskey, Horseshoe, Skull, and Money Bag, in addition to the Gun and Badge, which are feature symbols.

Under a Burning Sky is a fine Wild West-themed slot machine, a little too easy for my tastes, but it could work for a casual player. Pay attention to the RTP on the rules page; if it’s too low, I’d advise you to consider the odds when playing this slot.